Trakehner is a light warmblood breed of horse, originally developed at the East Prussian state stud farm in the town of Trakehnen from which the breed takes its name. It is considered to be the lightest and most refined of the warmbloods, due to its closed stud book which allows entry of only Trakehner, as well as few selected Thoroughbred, Anglo-Arabian, Shagya and Arabian bloodlines.

Trakehners are athletic and trainable, with good endurance, while some are more spirited than horses of other warmblood breeds. Trakehners breed true to type, due to the purity of the bloodlines, making it valuable for upgrading other warmbloods. While Trakehners compete in nearly all equestrian disciplines, they are particularly prized as dressage mounts, due to their sensitivity, intelligence and way of going. 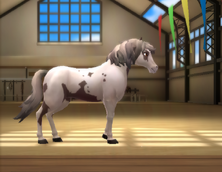 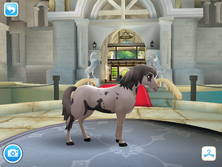 Breeding with a Trakehner Edit

Retrieved from "https://hhwa.fandom.com/wiki/Trakehner?oldid=30876"
Community content is available under CC-BY-SA unless otherwise noted.