The Arabian or Arab horse (Arabic: الحصان العربي‎ [ ħisˤaːn ʕarabiː], DMG ḥiṣān ʿarabī) is a breed of horse that originated on the Arabian Peninsula. With a distinctive head shape and high tail carriage, the Arabian is one of the most easily recognizable horse breeds in the world. It is also one of the oldest breeds, with archaeological evidence of horses in the Middle East that resemble modern Arabians dating back 4,500 years. Throughout history, Arabian horses have spread around the world by both war and trade, used to improve other breeds by adding speed, refinement, endurance, and strong bone. Today, Arabian bloodlines are found in almost every modern breed of riding horse. The Arabian developed in a desert climate and was prized by the nomadic Bedouin people, often being brought inside the family tent for shelter and protection from theft.

Arabians are versatile horses that compete in many equestrian fields, including horse racing, the horse show disciplines of saddle seat, Western pleasure, and hunt seat, as well as dressage, cutting, reining, endurance riding, show jumping, eventing, youth events such as equitation, and others. They are used as pleasure riding, trail riding, and working ranch horses for those who are not interested in competition. 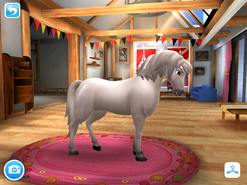 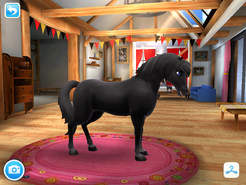 Breeding with an Arabian Edit

Retrieved from "https://hhwa.fandom.com/wiki/Arabian?oldid=30901"
Community content is available under CC-BY-SA unless otherwise noted.